The San Ho Tang tea factory is producing luxurious pu-erh, at least in the eyes of many pu-erh fans. Though the recent production is somewhat controversial, the first and maybe first half of second year is seen as really good. 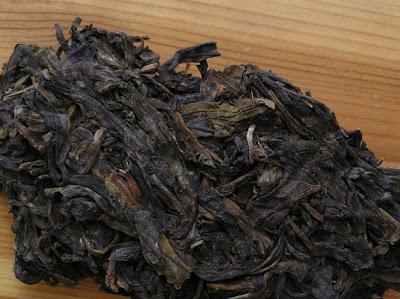 San Ho Tang produced two test runs of pu-erh – 1997 Yi Wu and 1999 Meng Sa. It started the regular production in 2005, producing Lao Ban Zhang, You Le and Nan Nuo beengs. I was able to acquire the last two, but from Lao Ban Zhang beeng I have only a sample. As always in samples, I do not judge the wholeness of leaves, since they broke when the sample is taken from the beeng. Today I brew the leaves that fallen off the sample.

This beeng is made from sun-dried mao cha from old semi wild plantations in high altitude in Bulang mountain range. This is very similar to 2006 Xi Zhi Hao Lao Ban Zhang beeng, though the leaves are somewhat darker, probably because they aged a year longer. 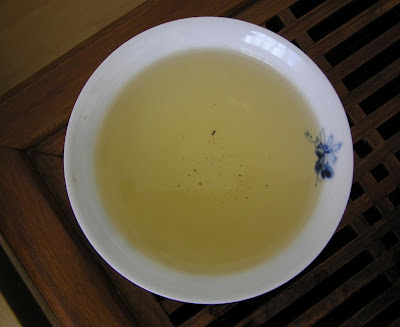 This is a fine pu-erh. It produces yellow, thick soup with nice, calming fragrance. The tea lasts long; from about 5 grams of leaves I was able to make 8 infusions, about 1 liter of tea. I started with very short infusions, gradually prolonging them, the last ones were few minutes long. The aftertaste is nice.

I believe this tea is very similar to its one year younger cousin. I like it, but I miss the real character. Maybe some flaws, or stronger aroma. This tea will be probably highly valued by collectors, but I like the Yi Wu teas much, much more. 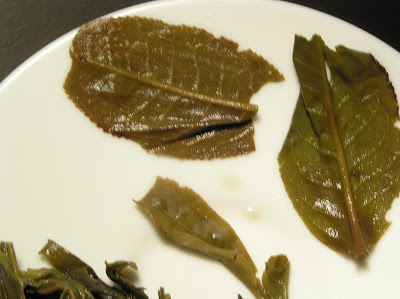 Tuo Cha Tea
I live in Slovakia I drink tea "seriously" since 2002, I'm hooked on pu-erh since end of 2006. I published on this blog since 2006 with a long hiatus since 2009. I still drink tea and will post here my comments I post now on social media, so they will not be lost forever.